As Rex Wang and his team were planning a series of Oracle events for developers, they faced a question: Would people still want the hands-on labs that they love in person, if their option is to do those labs online?

On August 13, Oracle kicks off a new online event series for developers, Oracle Developer Live. The first event, for developers using, or considering, Oracle Database, saw an overwhelming response, selling out spots in its four virtual Hands-on Labs on the first day of registration. Event coordinators are working to add more spots in those labs.

The day-long virtual event will feature technical sessions, hands-on labs, demos, panels, and live Q&A with experts. For developers in regions outside the Americas, the event will be repeated on August 18 during your daylight hours. There is no cost to attend.

The database event is designed to put developers in direct conversation with the people who build converged database technology as well as other experts from the community. Sessions will include titles such as Building a Simpler, Reliable Persistence Layer for Microservices; Finally: A Low-Latency, Scalable JSON Document Store with Real-Time Analytics; Python and Autonomous Database: Better Together for Location-Based Analysis; and Achieving Hyperscale with Oracle Autonomous Database, among many others. Developers will be able to choose which sessions to attend throughout the day.

“Developers do not want to just hear a presentation about the thing they want to learn. They want to try it themselves.”

A core theme of the event is that creating value from data is becoming ever more important in determining a company’s competitiveness. “Developers know this,” says Wang, an Oracle executive and longtime open source advocate who’s helping build the event series. “They’re looking for ways to deliver apps that create new value from data, not only relational data, but also JSON documents, spatial and graph data, key value pairs, and more,” he says. “Developers are looking for faster and simpler ways to build apps using microservices, API and event-based architectures, low code, and other new development paradigms,” he says. 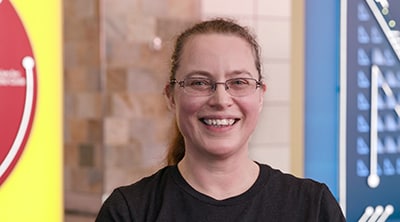 Database Developer, Heli Helskyaho, will be participating in a panel discussion at the Developer Live Database event.

Database developer Heli Helskyaho understands the popularity of hands-on labs related to databases because they address a problem she often sees.

“We developers keep choosing databases that handle one kind of data well, and we chose it because it’s free or because someone said it’s good,” says Helskyaho, who will be part of a panel discussion on relational databases at the event. “But that’s a solution to a certain kind of problem, not to the whole problem” of managing data across many applications at a company. “When you choose databases piecemeal,” she says, “we can’t make sense of the data across all the different places it’s stored.”

Meanwhile, the ability to bring data together for machine learning and other processing only grows in importance, she says. Both Helskyaho and Wang have seen that more developers are discovering that Oracle Database gives them one place to handle all these different data types. Oracle Autonomous Database further simplifies things for developers by eliminating administrative burden as well as automatically handling many aspects of security, availability, scalability, and performance tuning. “It’s a simpler paradigm that they’ve been looking for,” Wang says.

All you need is your laptop. Oracle Cloud Free Tier accounts will be provided.

The database event will open with Juan Loaiza, Oracle’s executive vice president for Mission-Critical Database Technologies, discussing “Data-Driven Apps Made Simple.” The talk will feature many popular experts from Oracle and the wider database developer community.

And yes, there will be plenty of opportunities to get your hands on the technology.

“Developers do not want to just hear a presentation about the thing they want to learn. They want to try it themselves,” says Wang. 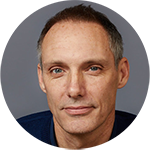